Sri Lanka has been on the mission path of “being a knowledge hub in South Asia” since 2009. In his Election Manifesto presented in 2009, Former President Mahinda Rajapaksa states "We have the opportunity to make this country a knowledge hub within the South Asia region. I will develop and implement an operational plan to make this country a local and international training centre for knowledge".[1] For being a knowledge hub, a country should intend to attract foreign investment, retain local students, build a regional reputation by providing access to high-quality education and training for both international and domestic students, and create a knowledge-based economy. Nevertheless, Sri Lanka has a very few independent think tanks that are actively contributing to policy-making process while adding high-quality researches for the existing stock of knowledge. Although it has been almost 6 years since civil war ended, Sri Lanka still faced a series of socio, economic and political problems, and the government shall rely on experts’ knowledge and suggestions for policy formations and assessments. This article intends to introduce some of the popular think tanks and research-based institutions in Sri Lanka,

In the mission statement, IPS claims “to contribute to the economic development of a democratic Sri Lanka and enhance the quality of life of its people by informing policy-makers and contributing to the public debate through timely, independent, and high quality research-based analysis of medium and long-term national policy issues.” IPS as think tank has acquired a unique position as an authoritative independent voice in economic policy analysis, working closely with the government, private sector, academia, and civil society. It was established in mid – 1980s by an act of parliament (No 53 of 1988), set up as a legal entity by gazette notification in April 1990 and managed by a Board of Governors and the Executive Director. Eleven senior researches and nine junior researches are contributing their service in the IPS. Because of its affiliation to government, it is probably the most well-known and established think tank in Sri Lanka in economic areas. IPS researches mainly concern on medium-term research areas such as policy efficiency and competitiveness, migration and development, human resources for sustained development, private sector development, poverty and vulnerability, Environment, Natural resources and Agriculture.

in both financial and administrative terms. Among its various publications, State of the Economy report is the flagship annual publication that analyses Sri Lanka's economic performance and explores emerging development challenges for the country. Since 2000, It has jointly managed with the Research and Information System for Non-aligned and Other Developing Countries (RIS) of India to publish a periodical named South Asia Economic Journal in 2000. IPS also provides editorial support for the Sri Lanka Economic Journal, a biannual publication of the Sri Lanka Economic Association. 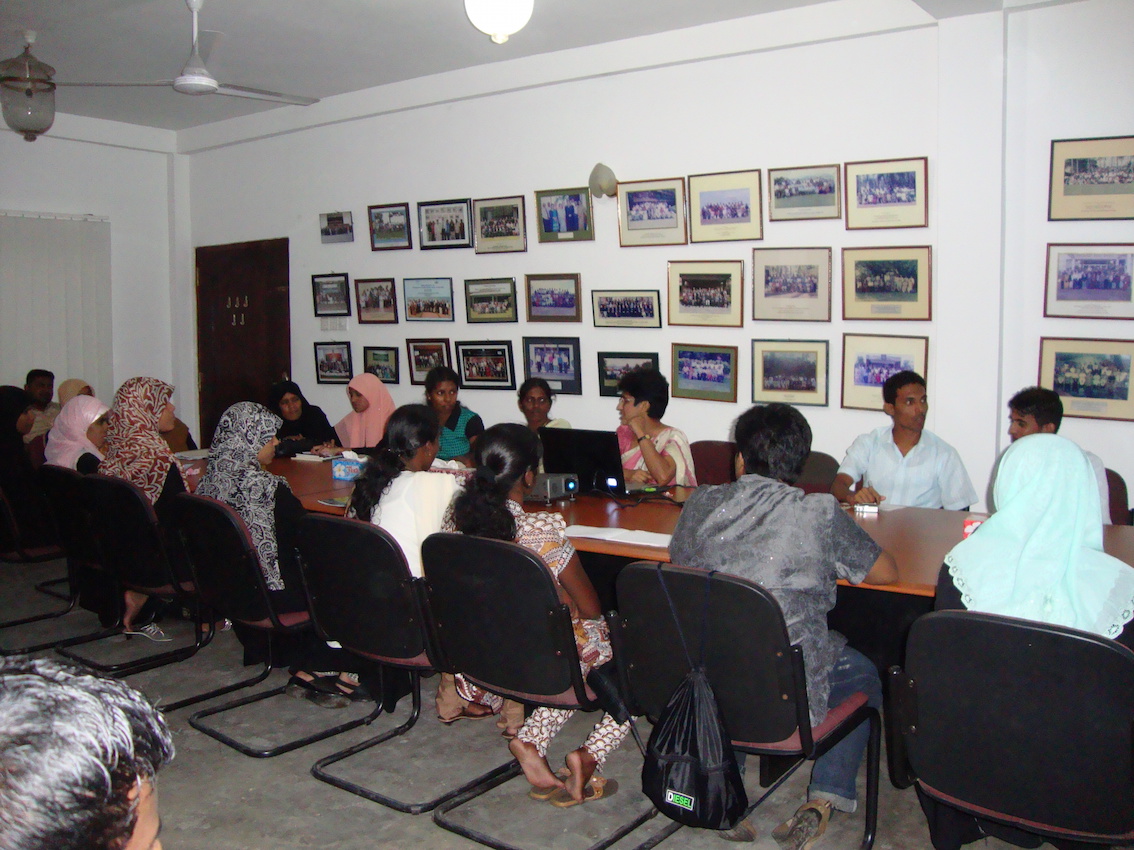 a non-governmental and non-profit South Asian regional think tank and is based in Colombo. It is also an independent organization engaged in research and interaction on strategic and international issues pertaining to South Asia based on mainly political perspective. And also its key objectives concentrate around enhancing regional cooperation in strategic and security matters. It encourages research and dialogue on a wide range of sources of conflicts in South Asian region and RCSS facilitates scholars and professionals in the region to address, mutually and collectively, problems and issues of topical interest mainly on the areas. RCSS is probably the most famous non-government think tank committed to strategic and security studies in Sri Lanka today. Its researches and projects are supervised by a nine-member International Research Committee, drawn from all South Asian countries, and its administrative financial matters are overseen by a seven-member board of directors.

CEPA concentrates on poverty-related development issues in Sri Lanka while giving special emphasis on applied policy relevant advice. It was incorporated as a non-profit company under Section 21 of the Companies Act in May, 2001, facilitated by the Poverty Impact Monitoring Unit (PIMU) which was supported by the German Agency for Technical Cooperation (GTZ) at its establishment. Its mission is “to be a leading organization providing independent analysis of poverty, with a view to shaping policy that affects the lives and livelihoods of vulnerable women, men and children in Sri Lanka and the region.” 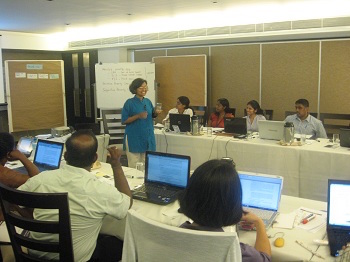 Apart from above three think tanks there are some other popular governmental and non-governmental institutes in Sri Lanka committed to policy researches, such as Lakshman Kadirgamar Institute of International Relations and Strategic Studies, International Centre for Ethnic Studies (ICES), Centre for Policy Alternatives (CPA), Social Scientists Association (SSA), Verité Research, and Marga Institute. The rest of this paper provides a general introduction of them.

Lakshman Kadirgamar Institute is a think tank established by Sri Lankan government dedicating to analyzing Sri Lanka’s strategic interests in the realm of international relations with the mission of “generating broad policy indicators for the guidance of the Government of Sri Lanka, based on research, monitoring and analysis of domestic development as well as Sri Lanka’s interface with the external world”. The Institute was officially inaugurated on August 2006. At first it was called Sri Lanka Institute of Strategic Studies (SLISS), and changed into current name later.  It dedicates to the study of the strategic interests of Sri Lanka, including in particular, defence, national security, law, economics, cultural relations, agriculture and environment and the study of Sri Lanka’s international relations; and engages in promoting peace and addressing post conflict issues. Furthermore it provides information and data to the government in relation to issue 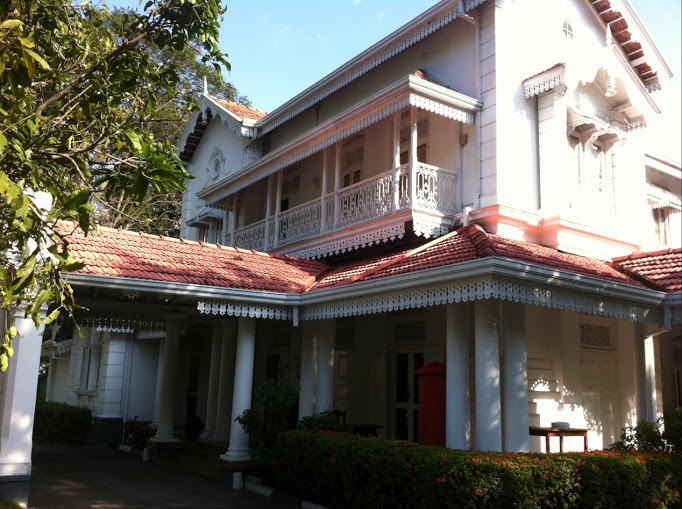 s which may be required as a basis for the formulation and structuring of national policies relating to international relations and strategic studies, including information relating to defence, national security, law, economics, cultural relations, agriculture and environment. Apart from that, Lakshman Kadirgamar Institute also provide a forum for discussions, analyses and evaluations of research in strategic studies and international relations in so far as the same are connected to Sri Lanka, and conduct joint studies, seminars and workshops on such subjects both within the region and internationally. Foreign minister of Sri Lanka acts as chair of the institute, while an 8-member board of management makes major decisions.

ICES is established in 1982 with focus on areas of ethnicity, identity politics, conflict and conflict resolution, post-war reconstruction, democracy and governance, human rights, development and gender in its researches. The mission of ICES is to deepen understanding of ethnicity, identity politics and conflict, and to foster conditions for an inclusive, just and peaceful society through researches, publications, dialogues, creative expressions and knowledge transfer. ICES is funded by a range of bilateral and multilateral donors and foundations including the Ford Foundation, CIDA, IDRC, FES, Diakonia and NORAD. ICES is in ‘special category’ consultative status with the United Nations ECOSOC and  It works as a key regional research center in South Asia as well, collaborating with the United Nations at different levels on minority issues pertaining to Sri Lanka and South Asia.

CAP is a think tank formed in 1996 with the mission of “strengthening the civil society’s contributions to public policies in the areas of democratic governance and peace with human rights as an overarching priority.” It claims to play a role of identifying and developing policy alternatives having the belief that there is an urgent need to strengthen institution and capacity building for good governance and conflict transformation in Sri Lanka. In 1997 CPA cooperation with the Free Media Movement (FMM) and the Coalition Against Political Violence to establish the Centre for Monitoring Election Violence (CMEV) to conduct monitoring missions on violence during elections.  CMEV today is one of the major election-monitoring NGOs during national and local elections in Sri Lanka.

SSA was formed by a group of academics in 1977 with the objective to “creating a forum for facilitating critical understanding of political and social changes of Sri Lanka.” In terms of publication, SSA is quite productive: it has published hundreds of research books and policy reports since its inception, including almost one hundred books and three periodicals: Polity, Pravada, and Piravatham, the first one is in English academic journal and the rest two are printed in Sinhala and Tamil respectively. SSA has 6 research staffs and 5 administrative staffs.

Established in 2010, Verité Research is a relatively new think tank in Sri Lanka. It commits to researches to three areas: politics, economics, and Law. Its staff consists of fifteen researchers from three respective areas, and three advisors. According to its website, Verité Research claims to provide “strategic analysis and advice to decision-makers and opinion-formers in Asia,” but there is information on research project or upcoming event available on the Internet.

Formed in 1972, Marga Institute is probably the oldest non-governmental think tank introduced in this article. Its main focus is development studies and has organized a number of seminars on public issues. The institute has also sponsored institutions and come up with initiatives to involve civil society in the resolution of ethnic conflict. Several of its projects cooperate with United Nations agencies such as UNHCR and WHO.

Although there are a number of think tanks dedicating to researches and policy assessments in Sri Lanka today, a truly think-tank culture still remains at its developmental stage. Certain non-governmental think tanks are not active in recent years due to financial difficulties. Some other institutes have limited their role merely for research, but did not transmit their findings and innovative ideas to the policy options. Problems such as lack of independence, conservative tendencies, and limited influence over policies also exist among some of above-mentioned institutes. Think tanks would be efficient and more useful for a country if only they can play the significant roles in contributing to public policies and generating high-quality scholarly researches. From this perspective, it will be a long way to go if Sri Lanka wants to become a knowledge hub in South Asia.